Share a memory
Obituary & Services
Tribute Wall
Read more about the life story of Paul and share your memory.

Kendall “Ken” Rankin, age 88 of Jefferson Hills, Pennsylvania, died at his home with family members by his side on Friday, December 2, 2022.  Ken was born, Paul Kendall Rankin, on February 26, 1934, in Butler, Pennsylvania a son of Paul James Rankin and Ellen Mae (Kline) Rankin.

He was a member of the Church of Jesus Christ of Latter-Day Saints in Pleasant Hills, Pennsylvania.  Ken served in the U.S. Army from 1957 to 1959, remaining in the Army Reserves until 1963. He was a long-time hockey fan following the Pittsburgh Hornets and Penguins.

In addition to his parents, he was preceded in death by his wife Betty Lou (Wright) Rankin in 2000 and two sons, Douglas, and Daniel Rankin.  He is survived by three children, daughter, Carol Lynne Bridges of Blackfoot, Idaho and sons, Russell David and Kendall Paul Rankin living at home in Jefferson Hills; three grandchildren, Corey Homer, Melinda Skaar and Amy Gregerson and four great grandchildren, Payton, and Parker Skaar, and Lincoln, and Bellamy Gregerson.

Visitation for Ken will be private with his family in the Stephen D. Slater Funeral home, Jefferson Hills, PA www.stephendslater.com and he will be buried with Military Honors in Jefferson Memorial Park Cemetery on Wednesday, December 7, 2022.

Ken was proud to have served in the United States Army and he loved his family dearly!

To send flowers to the family or plant a tree in memory of Paul Kendall Rankin, please visit our floral store. 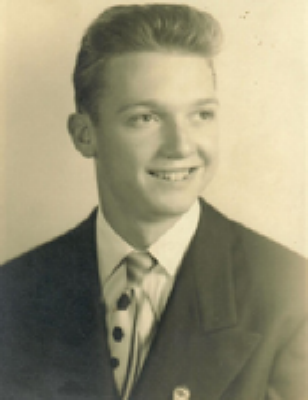 Look inside to read what others
have shared
Family and friends are coming together online to create a special keepsake. Every memory left on the online obituary will be automatically included in the book.

Family and friends are coming together online to create a special keepsake. Every memory left on the online obituary will be automatically included in the book.

You can still show your support by sending flowers directly to the family, or by planting a memorial tree in the memory of Paul Kendall Rankin
SHARE OBITUARY
© 2023 Stephen D. Slater Funeral Home. All Rights Reserved. Funeral Home website by CFS & TA | Terms of Use | Privacy Policy | Accessibility